18th-Century Amethyst Cameo of the Bust of Niobe Ring

In Greek mythology, Niobe was a daughter of Tantalus and of either Dione, the most frequently cited, or of Eurythemista or Euryanassa, the wife of Amphion and the sister of Pelops and Broteas. Niobe's husband was Amphion, a son of Zeus and Antiope. Amphion's twin brother, Zethus, was a ruler of Thebes. Amphion became a great singer and musician after his lover Hermes taught him to play music and gave him a golden lyre. She was already mentioned in Homer's Iliad which relates her proud hubris, for which she was punished by Leto, who sent Apollo and Artemis to slay all of her children, after which her children lay unburied for nine days while she abstained from food. Once the gods interred them, she retreated to her native Sipylus, "where Nymphs dance around the River Acheloos, and though turned to stone, she broods over the sorrows sent by the Gods".Later writers asserted that Niobe was wedded to Amphion, one of the twin founders of Thebes, where there was a single sanctuary where the twin founders were venerated, but in fact no shrine to Niobe 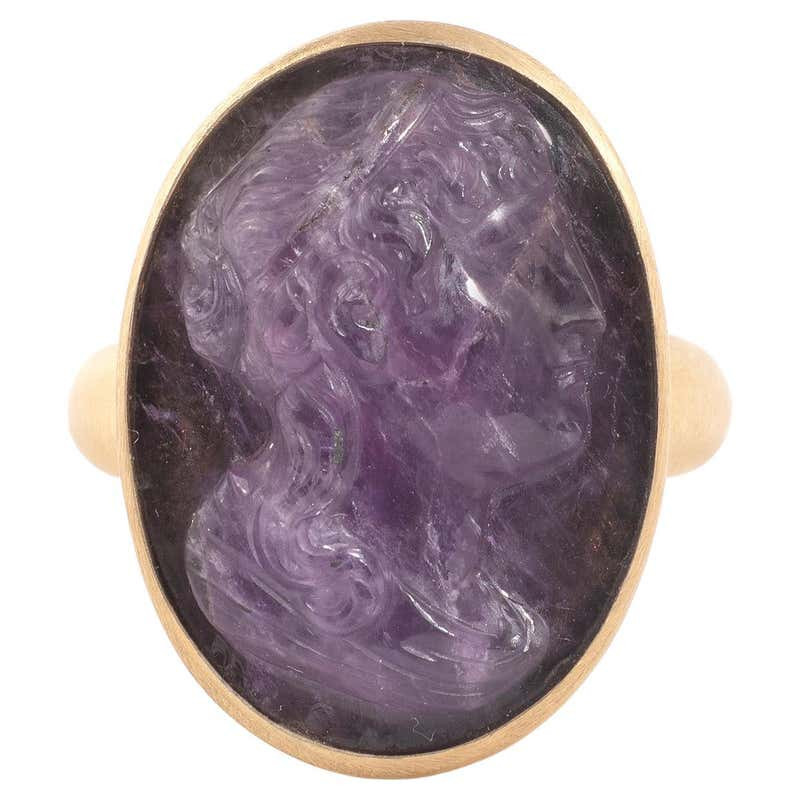 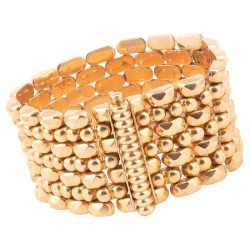 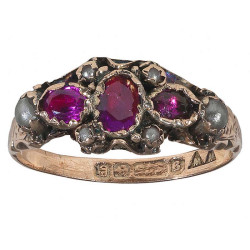 A Georgian ruby and seed...