The oval glass intaglio depicting a classical scene of a Goddess Hebe , signed in Greek, closed back collet silver setting, to narrow shank. Size:12 Weight: 29,45 The Goddess Hebe, the cup-holder of the Gods, was for some the daughter of Zeus and Hera, for others generated by Hera alone after she sat on a lettuce. She acted as a cup holder on Olympus until she married Hercules already hired among the Gods, with whom she had two children. For other myths she had the task of serving nectar and ambrosia to the Gods, until she was replaced by the Trojan prince Ganymede. 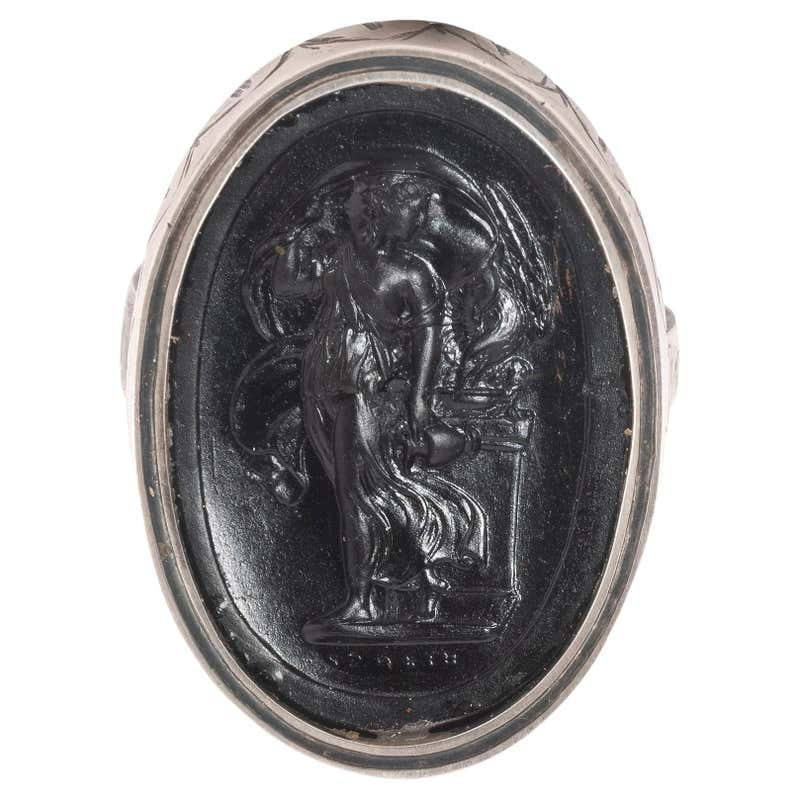 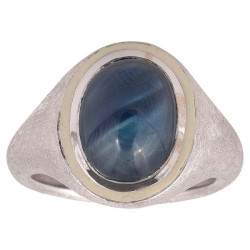 A Gold And Austrian Coin Ring