On the obverse is Alexander in the guise of a youthful bust of Herakles facing right, wearing a headdress made of a lion's pelt, with the paws tied around his neck. The reverse shows the figure of Zeus facing left, seated on a throne and holding a staff in his left hand; an eagle perches on his outstretched right hand. The Greek word AΛEΞANΔPOY is behind him, and the word ‘BAΣIΛEΩΣ’ is below, meaning ‘of King Alexander.’ A ship’s prow is in front of him; this is probably a mint mark indicating who was responsible for making this coin. Diameter: 2.9 cm; weight of coin 16.91 g Alexander the Great (reigned 336–323 BC) had an extraordinary impact on much of the world during his relatively short life. By the time he died at the age of 33, he had carefully crafted a reputation that made him seem larger than life, even heroic. In part he accomplished this by claiming that he was a descendant of the great Greek hero Herakles. Here he wears the skin of the Nemean lion, which Herakles killed during the first of his fabled Twelve Labours. Yet the face is Alexander’s, with its distinctively upswept hair and upwardly gazing eyes. Following Alexander’s death, his generals adopted his pose and style on their coinage, and this practice continued for the next two hundred years. 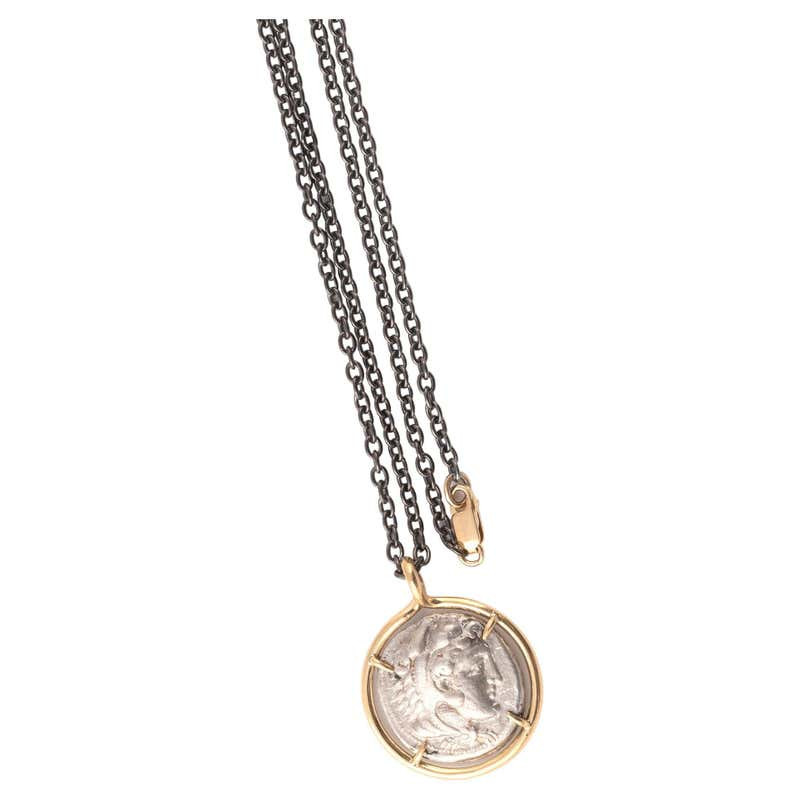 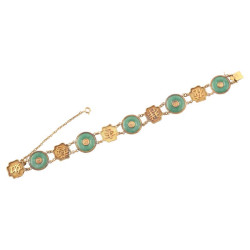 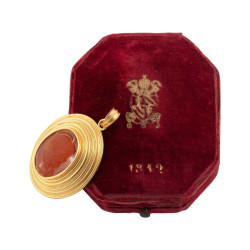 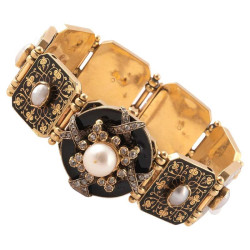